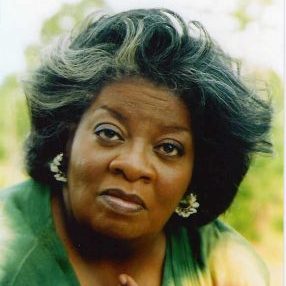 Brenda Bell Caffee has worked for over 20 years in Public Health and Tobacco Control. She is the founder, Executive Director and Chief Executive Officer of Caffee, Caffee and Associates Public Health Foundation, Inc. (CCA). Her work with community and government agencies seeking cultural competence has gained nationwide recognition. She has led the California African American Tobacco Education Network in developing nationally recognized model community initiatives and is a founding Elder of the National African American Tobacco Prevention Network, and creator of the “Not in Mama’s Kitchen” Secondhand Smoke Eradication Program. “Not in Mama’s Kitchen” is unique in its success in building infrastructure through collaborations with such non-traditional partners as clergy, CBO’s Historical Black Colleges (HBC’s) and state and local health departments. As a result, the NIMK project has been replicated in excess of 200 sites nationwide educating over 100,000 households, and collecting over 75,000 Smoke-Free Homes and cars pledges.

In addition, she has created statewide and national ethnic specific and multi-cultural tobacco control networks and coalitions in Minnesota, Louisiana, and Oregon. Her programs utilize a hybrid of formative and summative evaluation methods that include conducting focus groups and performance based outcomes to fully measure the effectiveness of the innovative approaches. She has worked in a technical capacity in the creation of culturally competent health programs in the elimination of disparities and increasing the capacity of a community’s diversity and inclusion.

She continues to serve as an advisor to the National Healthy Aging Research project and the American Legacy Foundations committee on priority populations. Ms. Caffee has served for eight years on the Surgeon General’s commission on Secondhand Smoke and is a lifelong advocate for environmental and social justice equity. She serves as Chair of the National African American Tobacco Prevention Network (NAATPN) and is an alumni of the Satcher Leadership Institute as well as a member of the Hattiesburg Twin Forks Rising Redevelopment Team and an Advisory Board Member of the University of Southern Mississippi’s Hub City Steps Program.

Need more? Connect with Us!